NO STRAIGHT LINES: The Rise of Queer Comics

We have AMAZING news! 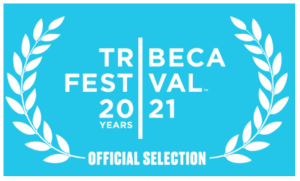 No Straight Lines: The Rise of Queer Comics  will have its world premiere at the Tribeca Film Festival, one of the most prestigious festivals in the world, as it celebrates its 20th anniversary ┄ in person! Additionally, No Straight Lines is launching with multiple screenings and events at high-profile venues:

READ MORE of our exciting May News!

Thanks to Maurice Vellekoop for the amazing home page art!

No Straight Lines tells the story of five scrappy and pioneering cartoonists who depicted everything from the AIDS crisis, coming out, and same-sex marriage, to themes of race, gender, and disability. They tackled the humor in queer lives in a changing world, and the everyday pursuits of love, sex, and community. Their work is funny, smart, and profound, and provides a unique, uncensored window into LGBTQ lives from the 1970s onward, beginning at a time in which there was no other genuine queer storytelling in popular culture. Equally engaging are their personal journeys, as they, against all odds, helped build a queer comics underground that has been able to grow and evolve in remarkable ways

“I love our history being told from any perspective that draws more people into its power, and this film’s perspective is vibrant, inventive, unexpected, and unique.”
— Dustin Lance Black
Actor, Director, Writer

No Straight Lines profiles the work of